Dolphins are the most abundant and varied of all the whale species as there are over forty species found worldwide. They can be found surfing the waves at beaches, around rivers and coastal waters and out into the deep ocean. 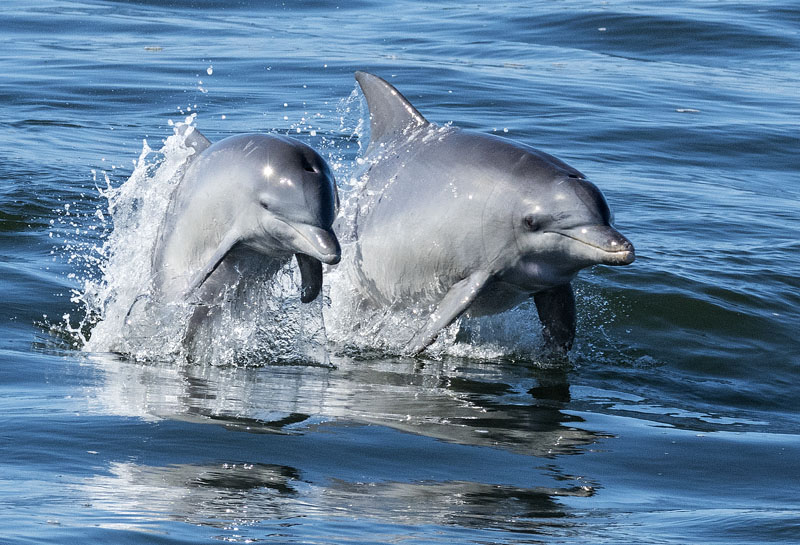 Although we generally used the term Bottlenose Dolphins there are in fact at lease four subspecies in Australian waters.

Common Bottlenose Dolphin (Tursiops truncatus), sometimes referred to as the Atlantic Bottlenose dolphin. They are found in the temperate and tropical parts of most oceans.

Pacific Bottlenose Dolphin (T. truncatus gilli) which is found in the Pacific Ocean.

Burranan Dolphin (Tursiops australis) was only officially recognised in 2011. They are found only in Port Phillip Bay and Gippsland Lakes areas of Victoria, Australia.

It is also good to be aware that some physical characteristics vary so much between these groups that some scientists believe and argue that they should actually be classified as completely separate species. There may also be significant differences between populations within the same subspecies, such as coastal and offshore groups. 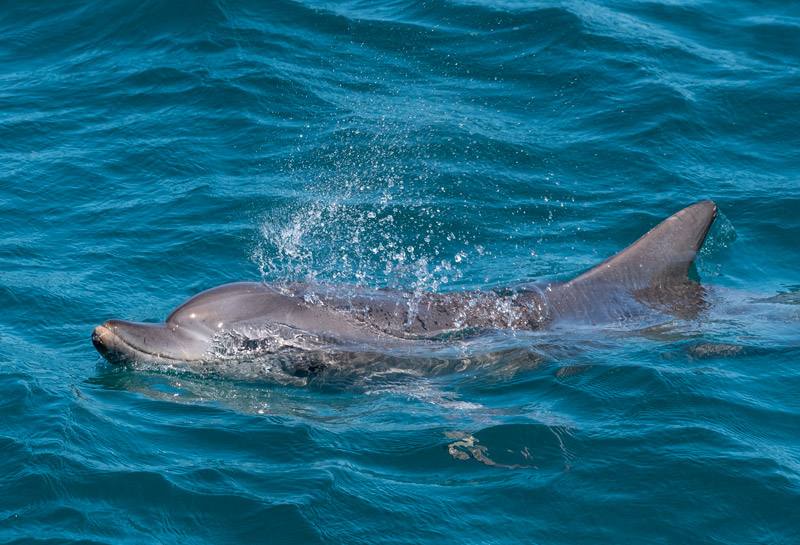 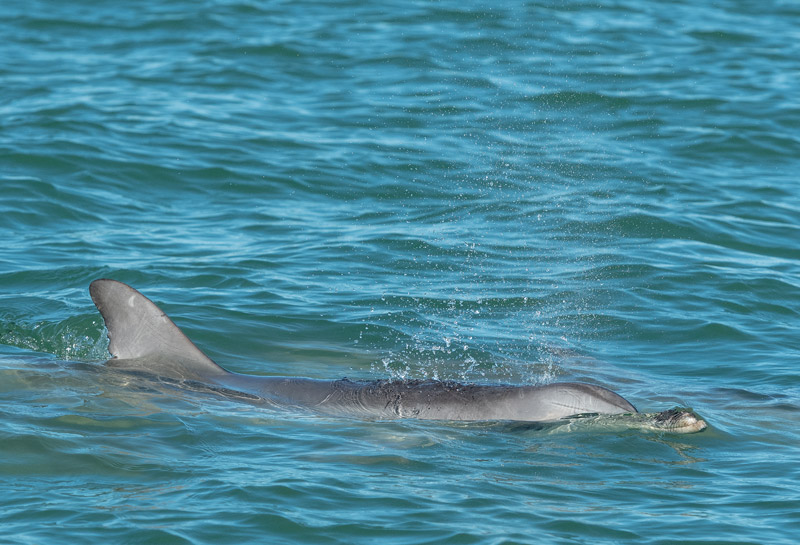 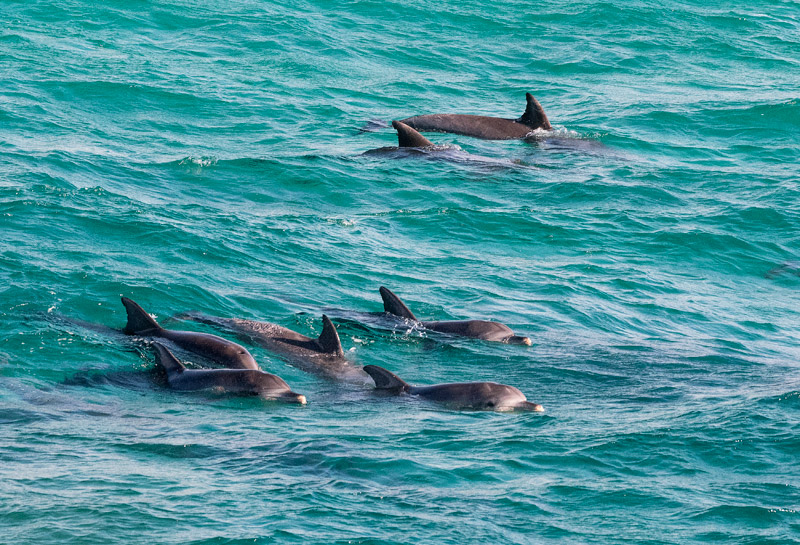 Field ID
– Round snout with sharp crease between snout and forehead
– Flippers are long and slender
– High dorsal fin that curves backwards
– Broad and curved flukes with deep median notch.
– Dark grey in colour on the top with light grey sides and belly.
– Highly active and acrobatic.
– Dolphins may be found alone, in small groups of 4-5 individuals or in very large pods.
– A group of dolphins can also be called a party.

Behaviour
Bottlenose dolphins typically do not migrate, and are very social animals who live in complicated social systems known as fission-fusion societies, where group memberships are constantly changing within the larger population. Bottlenose dolphins have also demonstrated several hallmarks of intelligence, including the ability to use tools and to recognise themselves in mirrors. 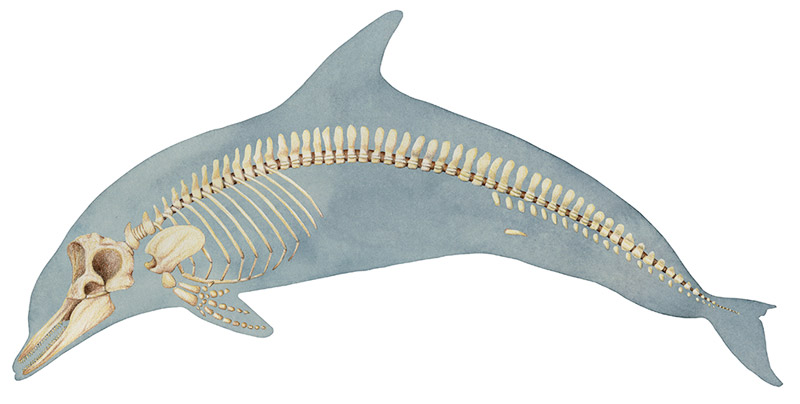 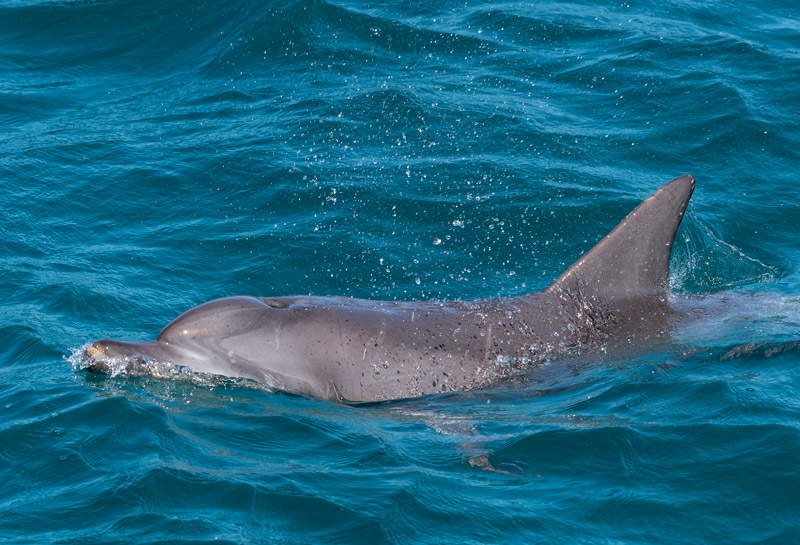 Description
The Bottlenose Dolphin is perhaps one of the most well known cetaceans, because of its widespread appearances on TV (such as in “Flipper”) and in marine parks. Bottlenose Dolphins are relatively robust with an unusually short and stubby beak, hence the name “bottlenose”. Colour varies considerably from light grey to slate grey on the upper body, with lighter sides and a pale to pinkish grey on the belly. The dorsal fin is high and curved and located near the middle of the back. The flukes are broad and curved with a deep median notch. The flippers are of moderate length and pointed. The bottlenose dolphin (like the beluga) has more flexibility in its neck than other oceanic dolphins, because five of its seven neck vertebrae are not fused together as in the other oceanic dolphins. 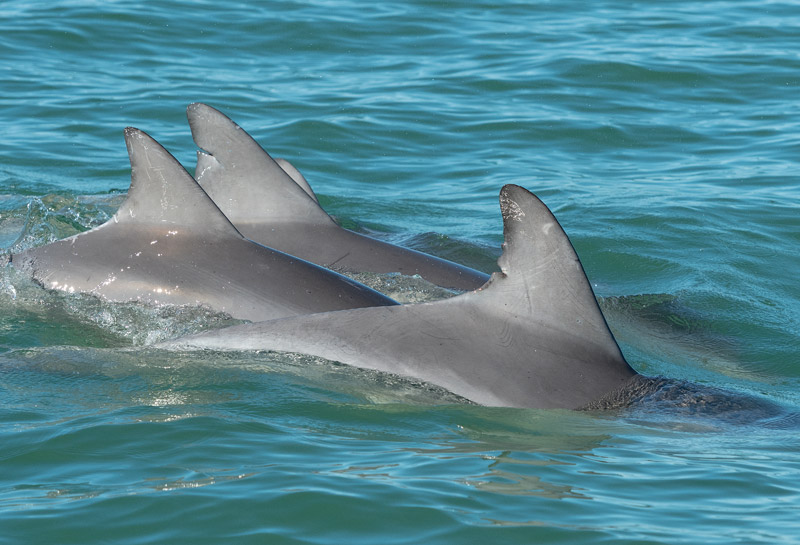 Distribution
Bottlenose Dolphins are found in the coastal waters right around Australia and in parts of New Zealand. 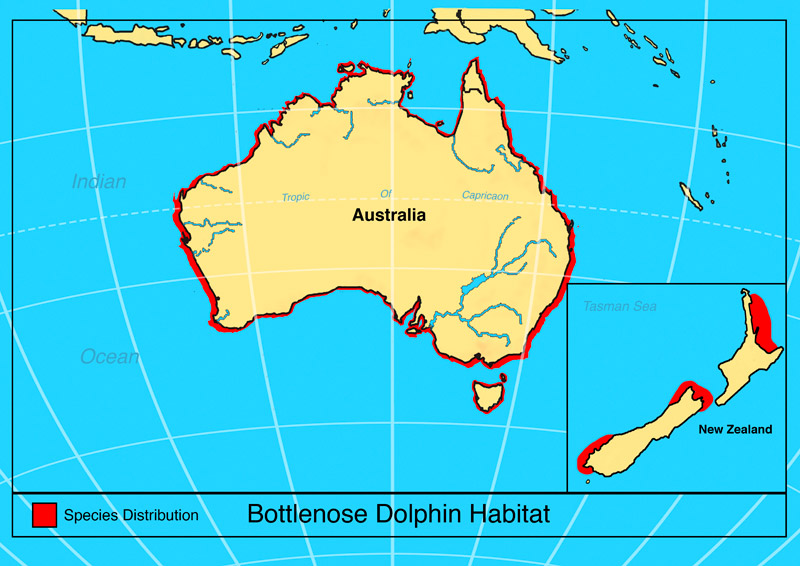 Breeding
Bottlenose dolphins breed every 4-5 years. Gestation lasts 12 months. Sexual maturity is reached around 10 years of age. Calves are weaned around 4 years of age. In some populations, adult males form alliances of 2-3 males to cooperate in consorting a cycling female. 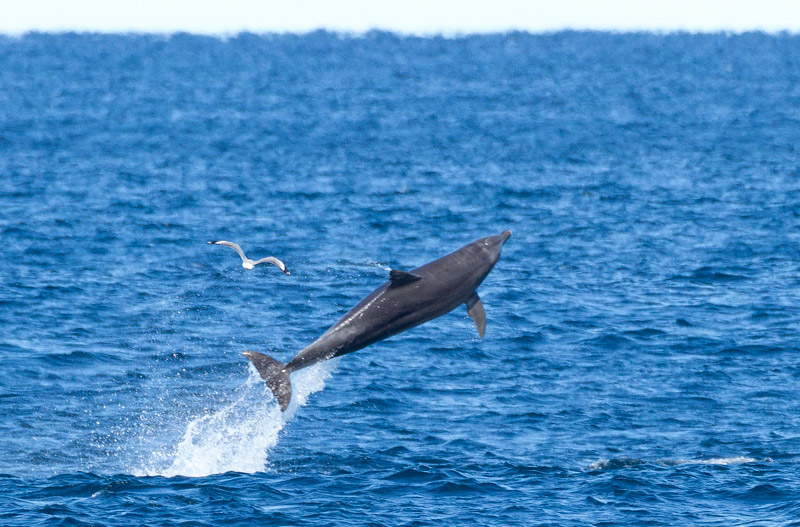 Some acrobatics from an Indo-Pacific Bottlenose Dolphin 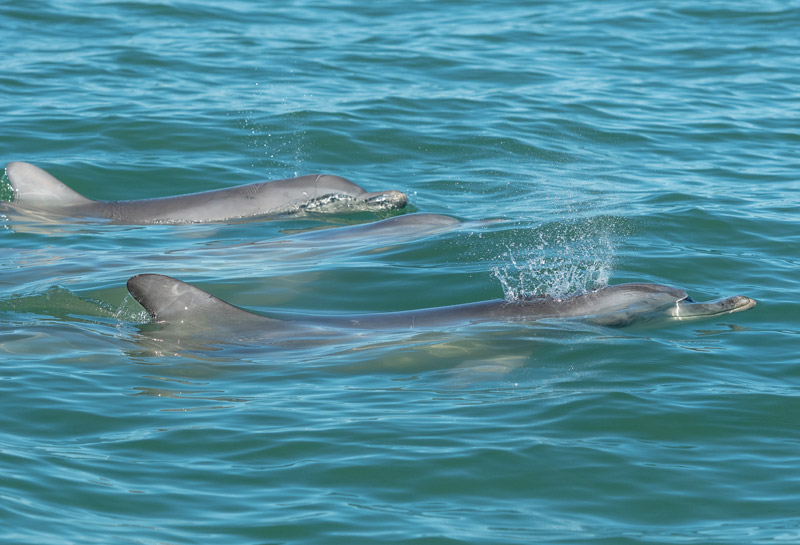 A pod of Indo-Pacific Bottlenose Dolphins coming up to blow

My great thanks to
Professor Janet Mann – Professor of Biology and Psychology
and Vivienne Foroughirad – Research Associate
Department of Biology – Georgetown University USA
for their generous advice and guidance in creating this page.

Janet and Vivienne are part of the long term study of the
Bottlenosed dolphins of Shark Bay in Western Australia. 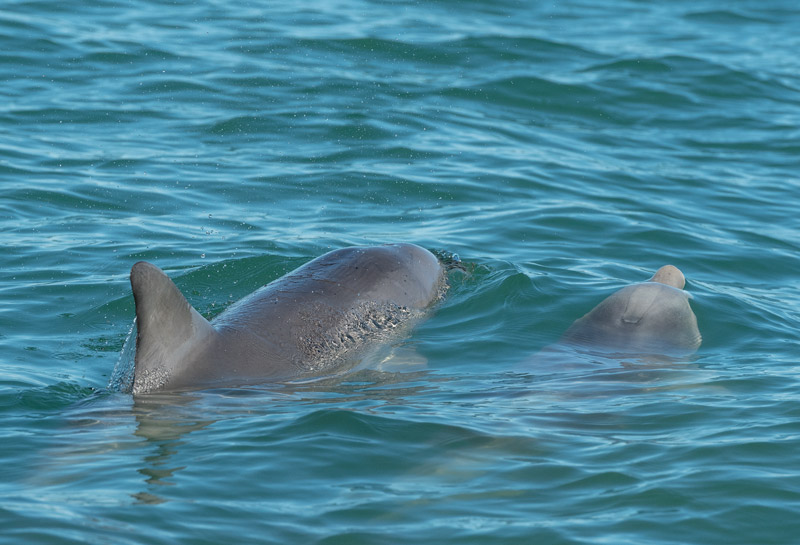