Festival for the Kimberley 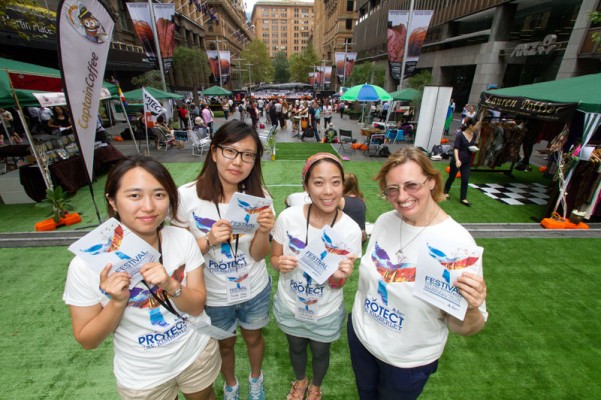 “Don’t it always seem to go
That you don’t know what you’ve got til it’s gone
They paved paradise and put up a parking lot.”  – Joni Mitchell

“It is horrifying that we have to fight our own government to save the environment.” – Ansel Adams

The Kimberley region of Western Australia is one of the worlds last great pristine wildernesses.
It is splendidly isolated!

Known for its beautiful open savanna woodlands, with Boab Trees and red sandy soils, large rivers and sandstone mountains the Kimberly is a truly remarkable. At 423,500 km² the Kimberly is three times larger than England, yet only about 41,000 people live there. If fact there are only three towns with populations in excess of 2,000, Broome, Derby and Kununurra. 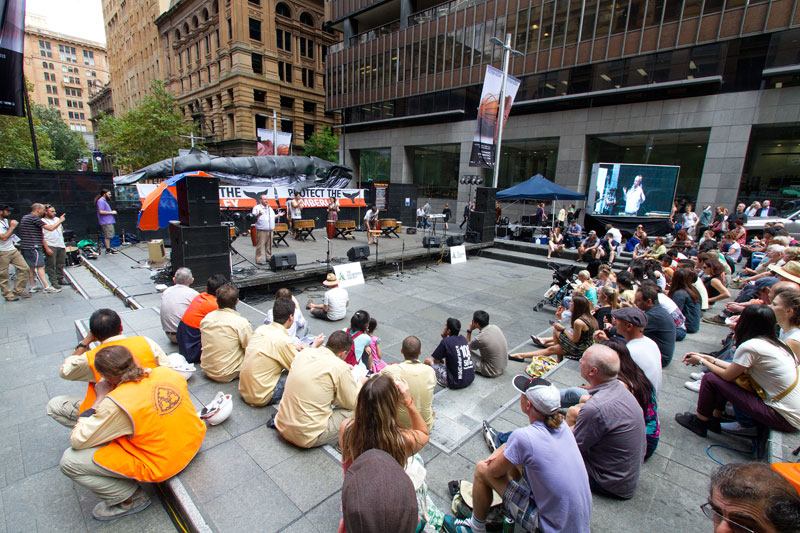 Camden Sound in the Kimberly has been internationally recognised as crucial breeding and calving ground for the 22,000 Humpback Whales (Group D) that migrate along the Western Australian coastline each year. 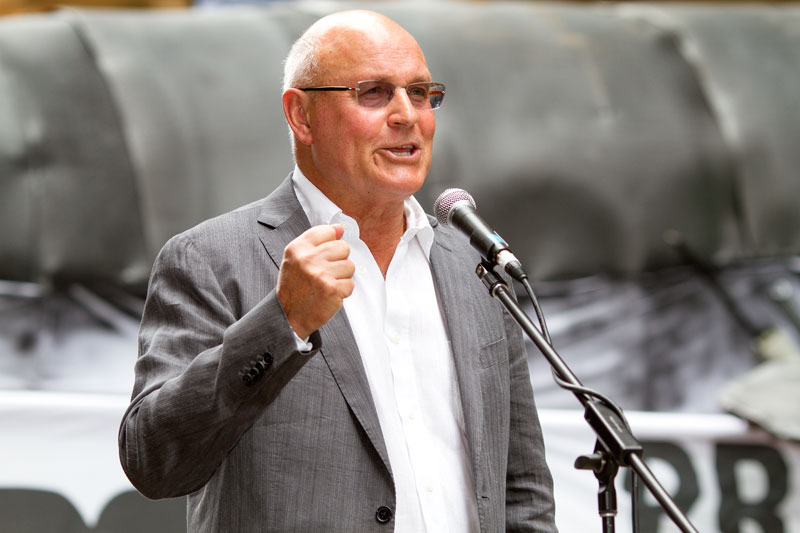 Woodside Petroleum, with the additional involvement of BHP Billiton have announced plans to build a large Gas Hub at James Price Point that would seriously and negatively effect the Kimberley region.

Dr Bob Brown said of this gas project “As they were sailing down the coast this morning off James Price Point, there were whales between this ship, three miles out and the shore, breaching with calves.  The question we all have to answer is: Can the whale nursery go somewhere else? No it can’t! Can the world’s biggest gas factory go somewhere else? Yes it can.”

Dr Brown has also been noted as saying that this is the largest environmental fight since the saving of the Franklin River in Tasmania. 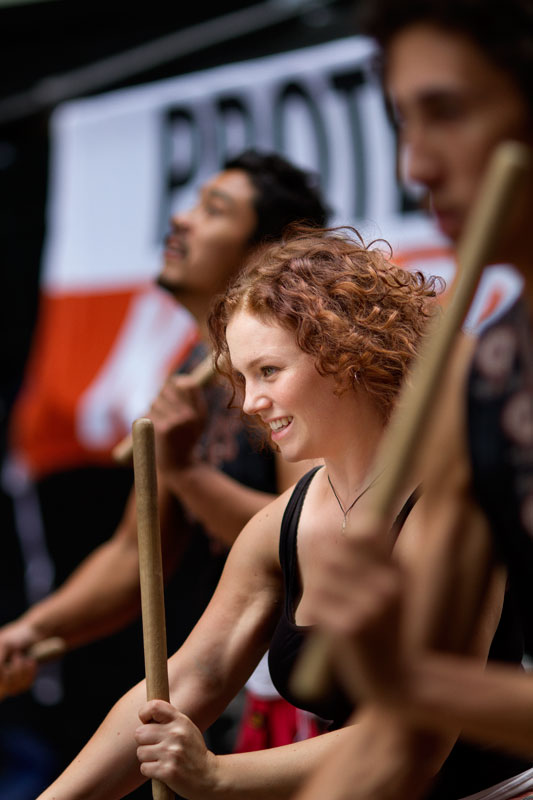 The Rhythm Hunters drum up a storm of protest!

On Friday 8th of March the Wilderness Society NSW held a day long concert with live music, speeches, information stalls and presentations to raise awareness of the fight to save the Kimberly.

If you would like to find out more about the Save the Kimberly Campaign and how you can become involved follow these links. 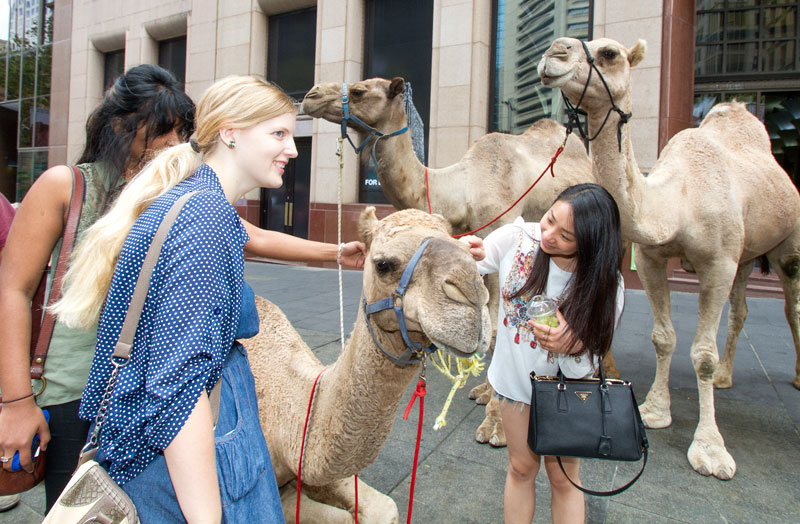 Not something your see every day in Martin Place?