Akaroa – Home of the Hectors

The Banks Peninsula and Akaroa Harbour

There are few places as beautiful and romantic as Akaroa.

One of the best places to see Hector’s Dolphins is in Akaroa Harbour on the South Island of New Zealand. The beautiful town of Akaroa is about an hour and half’s drive south of Christchurch out on the Banks Peninsular. 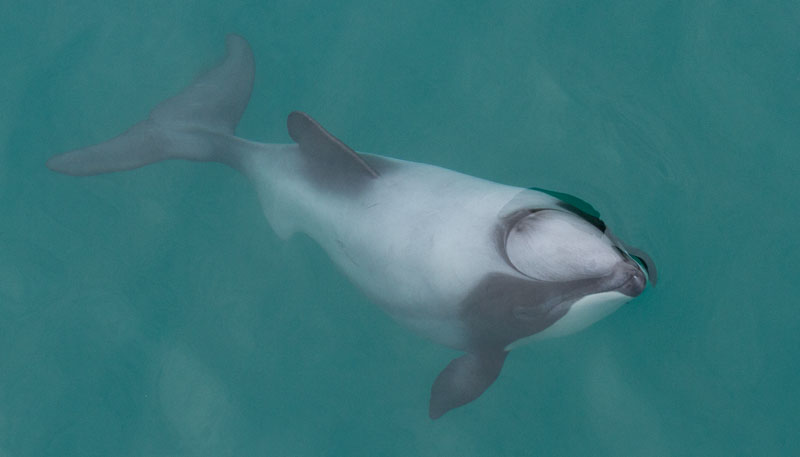 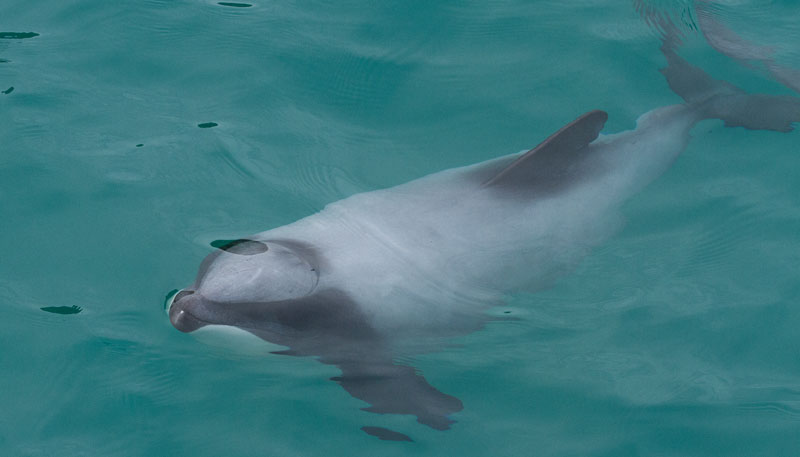 These dolphins are New Zealand’s only endemic cetacean. The Hector’s are found in the coastal waters around the South Island and the Maui off the northwest coast of the North Island. Named after Sir James Hector (1834 – 1907), the curator of the Colonial Museum (now the Museum of New Zealand) in Wellington when he examined the first specimen found. The species was first scientifically described in 1881 by zoologist Pierre Joseph van Beneden. The Māori peoples names for Hector’s and Maui’s dolphin include tutumairekurai, tupoupou and popoto. 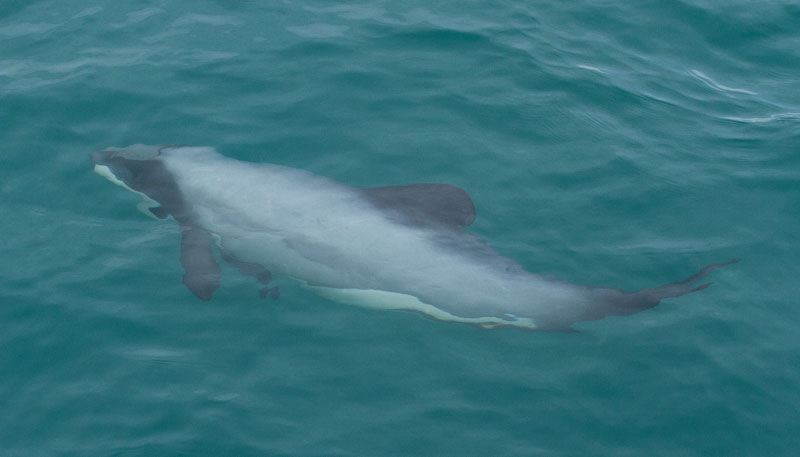 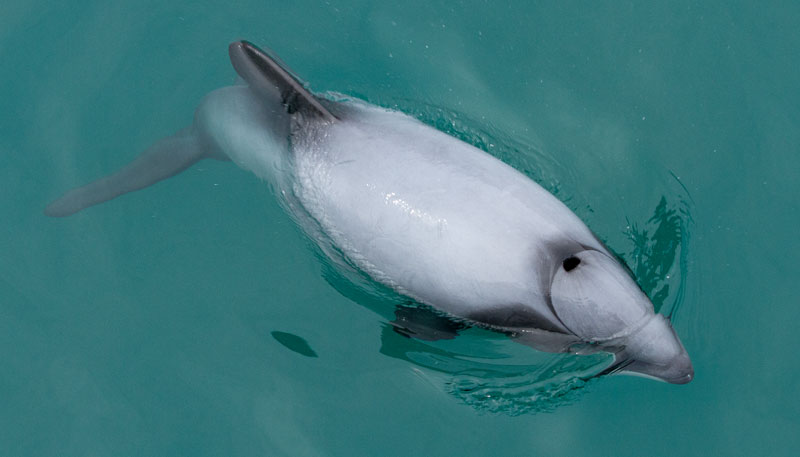 It is thought that the population was close to 30,000 animals thirty years ago. Tragically the dramatic impacts of human activity and pollution, particularly gill nets used in fishing has caused a dramatic decline in numbers to around 7,500. The Maui is critically endangered with only 55 animals left.

The Banks Peninsula and Akaroa Harbour

New Zealand lies on the on the boundary between the Indo-Australian and Pacific tectonic plates, its not know as the ‘shaky isles’ for nothing! The main fault line know as the Alpine Fault runs down the spine of the Southern Island creating the southern alps. Some eleven million years ago two volcanos formed islands off to the east, eventually reaching 1500 metres in heights. Large eruptions opened their craters to the sea, creating the Lyttelton and Akaroa Harbours. Interestingly erosion from the Southern Alps to the west and from the volcanos themselves eventually joined then to the mainland and created the Canterbury Plains. 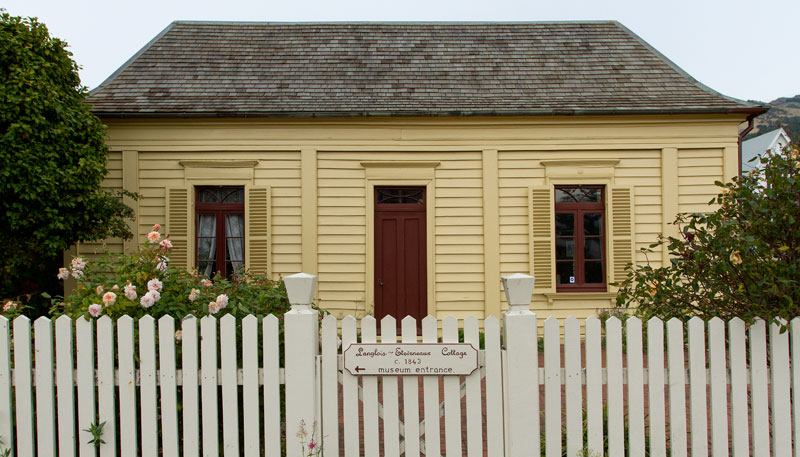 These natural harbours have provided wonderful sanctuaries for wildlife and humans alike. First the Māori settlement at Takapuneke, just to the east of the current town of Akaroa. In 1838 French Captain Jean-François Langlois made a provisional purchase of land on Banks Peninsula from the local Māori tribe with the idea of setting up a town and whaling station there. In France he organised his expedition, advertised for settlers and was given support of by the French Government. His ships, the Comte de Paris and the Aube, arrived in the Bay of Islands in the North Island on 11 July 1840. Here they were discovered by the English who also learned of his plans. While he was taking on supplies the English hastily sent Captain Owen Stanley to officially claim the area and raise the flag. The English arrived on the 11 of August, the French expedition on the 18th. The French were allowed to stay and have given the town of Akaroa its wonderful French flavour. 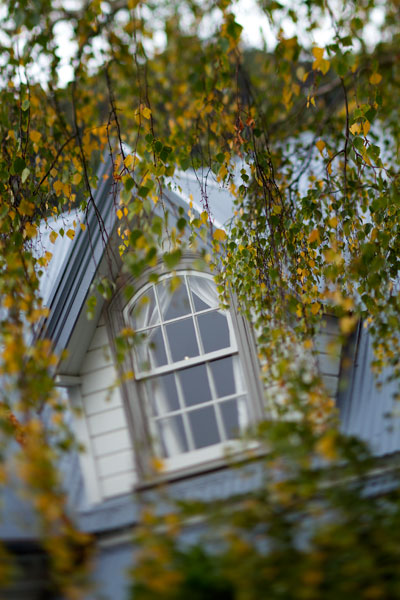 Today the beautiful town of Akaroa is about an hour and half’s pleasant drive south east of Christchurch. 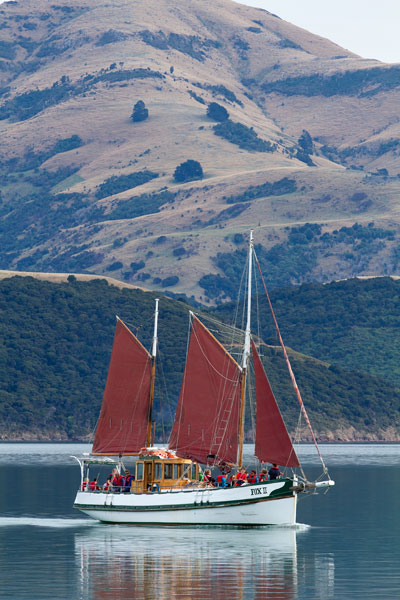 Black Cat Cruises operate nature tours out of both Akaroa and Lyttelton Harbours, which is a fantastic way to see the natural beauty and animals of the Banks Peninsular. For the more adventiours you can also swim with the Hectors during the summer season. 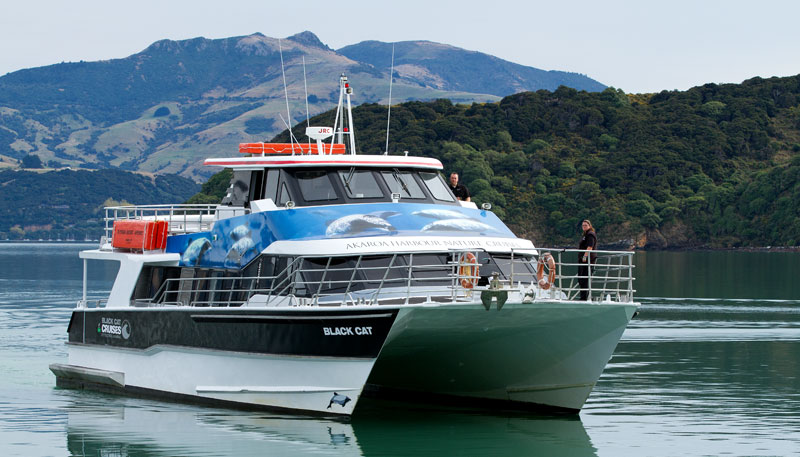 My great thanks to the wonderful crew of Black Cat Cruises for taking me out to see the Hectors and the beauty of Akaroa Harbour. 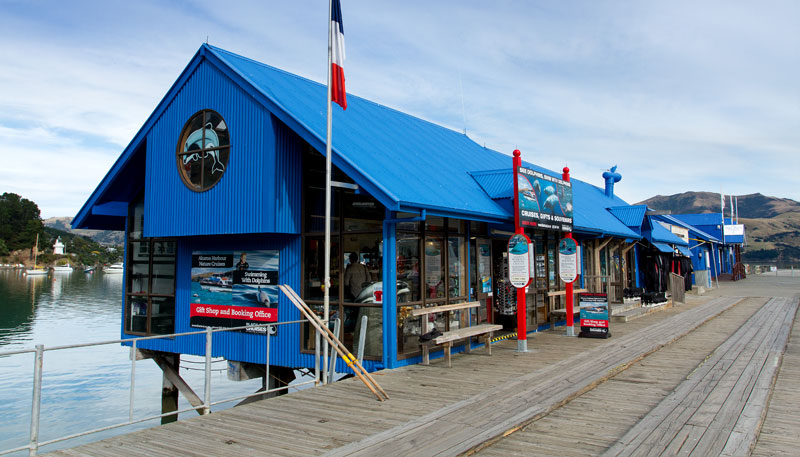 If you’d like to learn more about the Hector’s Dolphins then I highly recommend Professor Liz Slotted and Professor Steve Dawson’s from University of Otago in-depth book about these beautiful little dolphins. 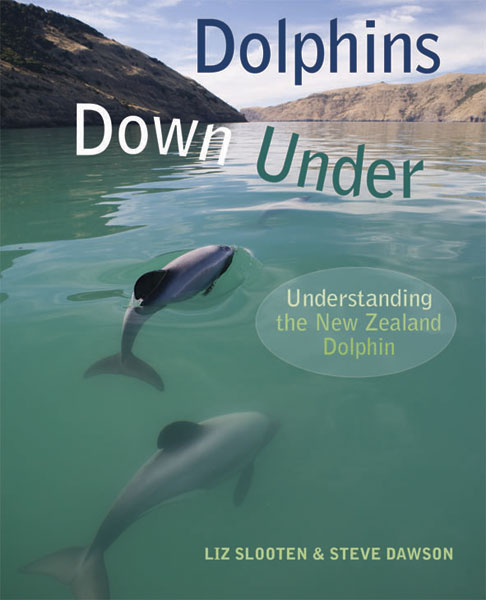