Into the Deep – The Sperm Whales of Kaikoura 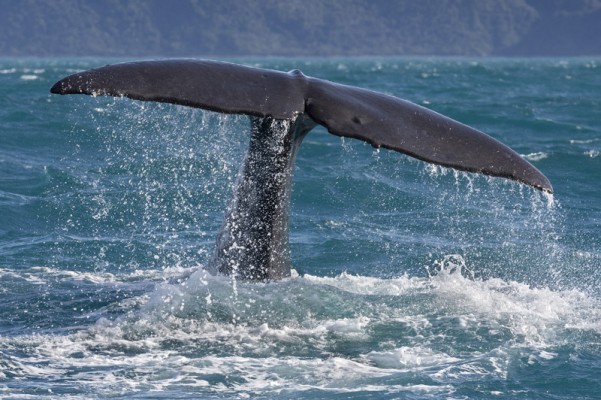 I’m often asked what my favourite whale is? Well that’s a difficult one. There’s the Minke’s for looks, Southern Rights for hanging in there, Blues just because wow, Humpbacks for joy and then there’s the Sperm Whale…

Largest of the toothed whales, largest brain of any animal, can hold its breath for hours, can dive thousands of metres to the depth of the oceans, has epic battles with eight meter long Giant Squid! I mean REALLY? Everything about the Sperm whale is amazing and also just a bit mysterious too. 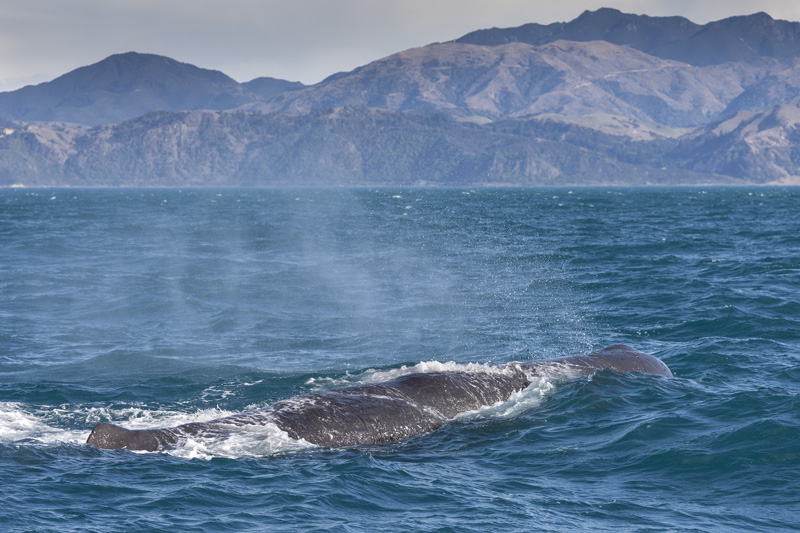 A Sperm Whale recharges its blood with oxygen before diving back into the Kaikoura Canyon, Kaikoura NZ

Female Sperm Whales live in maternal pods ruled by a grandmother matriarch in the warmer water’s near the equator. At puberty the boys are kicked out of these pods and head into the cooler temperate waters, with mature bull males cruising deep into the Southern Ocean. Males are usually solitary but do form into bachelor pods. 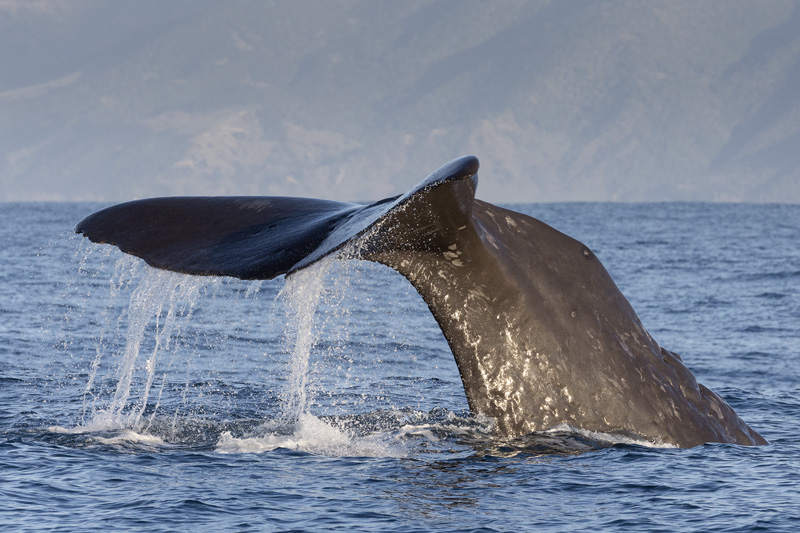 A Sperm Whale begins another hunting dive back into the Kaikoura Canyon, Kaikoura NZ

Sperm whales specialise in deep water hunting and can easily dive to several thousand meters in search of prey. This means they are found far out to sea in the deep oceans and are not often seen close to land. 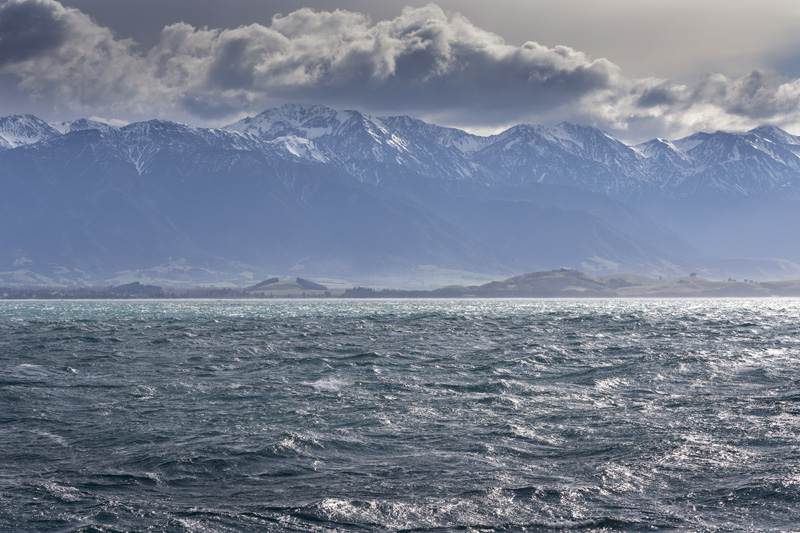 Looking back to the coast across South Bay (south of Kaikoura) with the spectacular Seaward Kaikoura Range in the background. 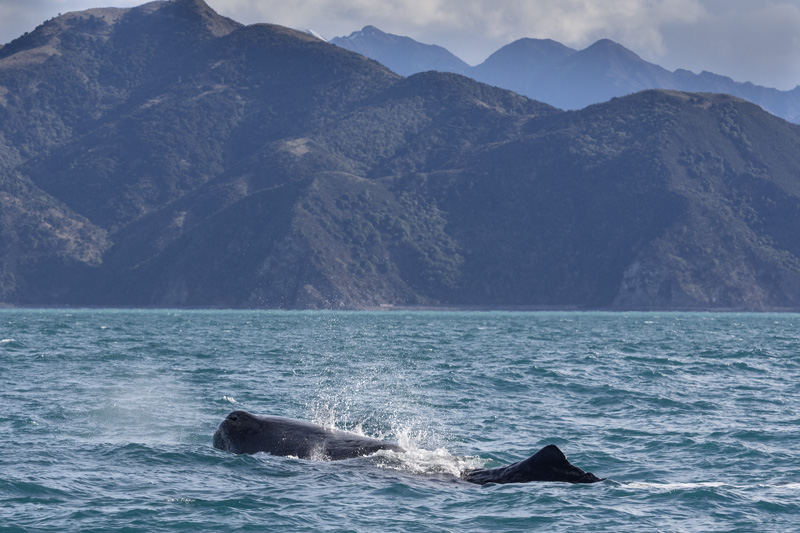 A Sperm Whale recharges its blood with oxygen before diving back into the Kaikoura Canyon, Kaikoura NZ

These submarine canyons are a perfect hunting ground for Sperm Whales and a semi permanent bachelor pod gathers at Kaikoura most of the year. So much so that some of the whales have been named.

Tiaki – The Guardian. He is one of Kaikoura’s most dominant whales and has been known to look after younger sperm whales visiting Kaikoura.
Tutu – Special Ocean Dweller. This is the shortened version of the Maori word Tutumairekurai. Tutu’s dorsal fin is very similar in shape to a Hectors Dolphins which has been given this Maori name.
Manu – Birdie. When Manu dives the silhouette of his tail looks very much like a bird in flight. 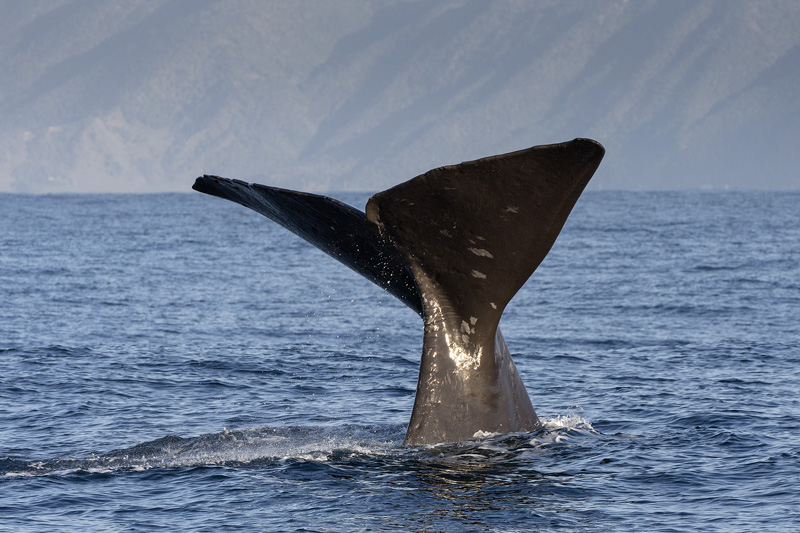 A Sperm Whale begins another hunting dive back into the Kaikoura Canyon, Kaikoura NZ 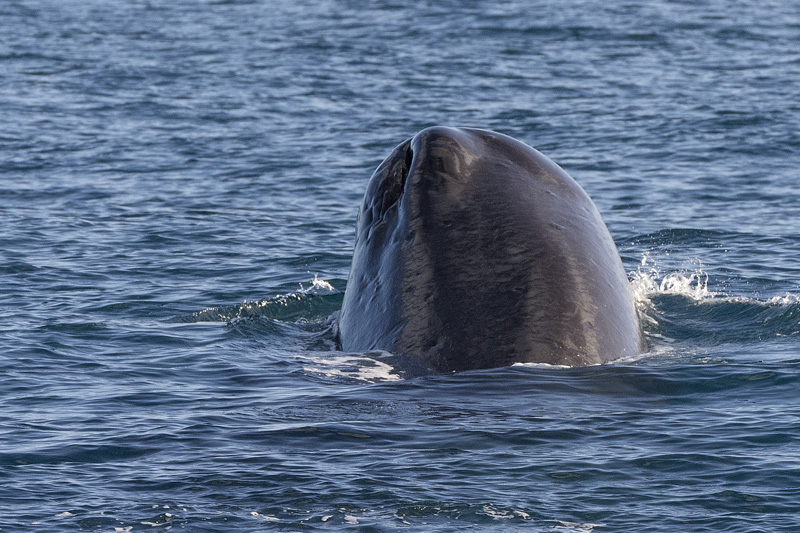 The rich waters of Kaikoura are not only home to Sperm Whales but Dusky and Hectors Dolphins call Kaikoura home. Humpback, Southern Right, Blue and Killer Whales also migrate through the area as well. 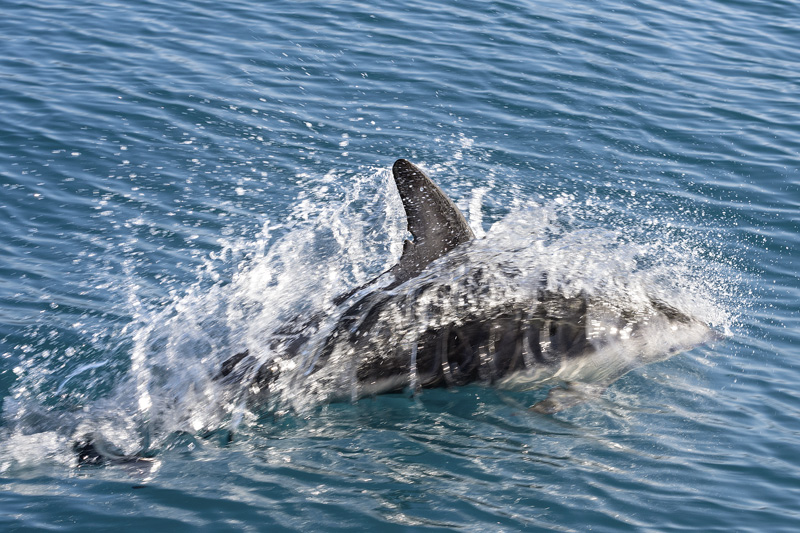 A Dusky Dolphin cuts through the water, Kaikoura NZ 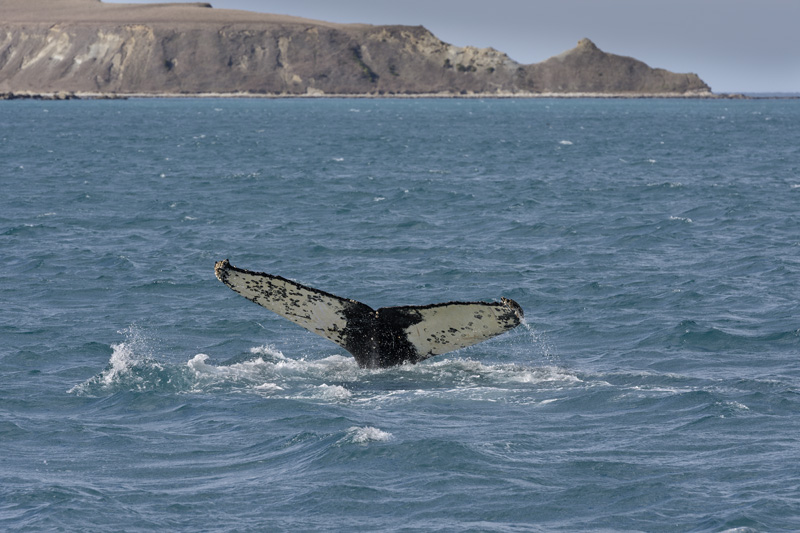 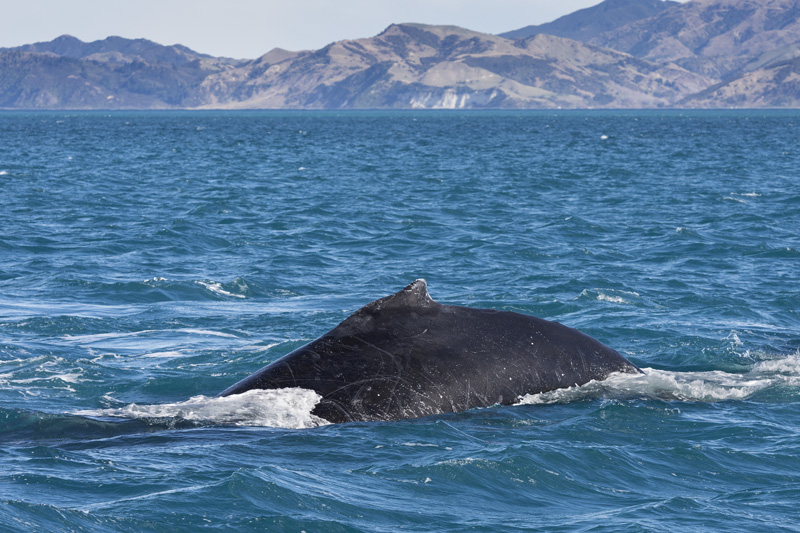 Whale Watch Kaikoura
Kaikoura and whales go a very long way back! Māori legend tells the story of Kahutia-te-rangi who is an of ancestor of Ngāi Tahu and Ngāti Porou, Māori tribes in the South Island and east coast of New Zealand’s North Island who was saved from an attempt on his life by his half-brother Ruatapu by a humpback whales (paikea). In remembrance of this he took the name Paikea ‘The Whale Rider’. 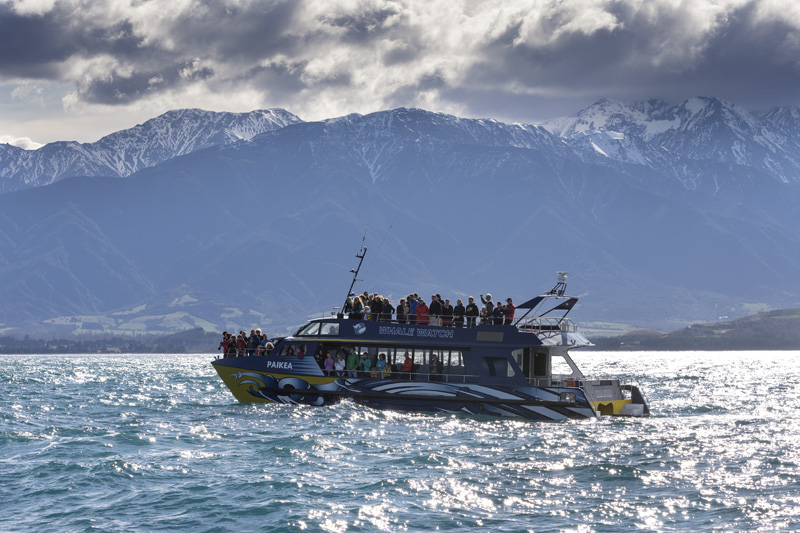 Today it would seem only natural that whale watching would become a primary tourist industry in the area but it took the very tough economic times of the 1980’s and the vision of local Māori elders such as Bill Solomon to follow the example of their great ancestor Paikea ‘The Whale Rider’ and set up Whale Watch Kaikoura. 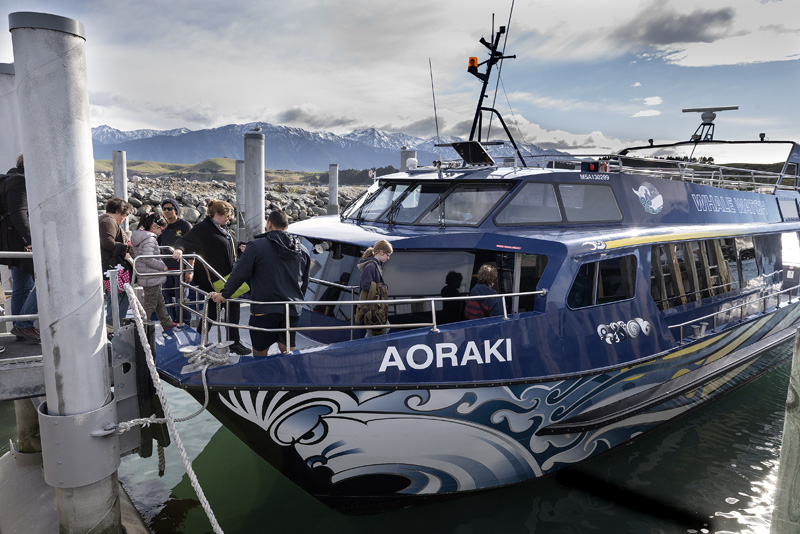 Since then Whale Watch Kaikoura has grown into a multiple award winning business that is renowned as one of New Zealand’s premier tourism experiences. 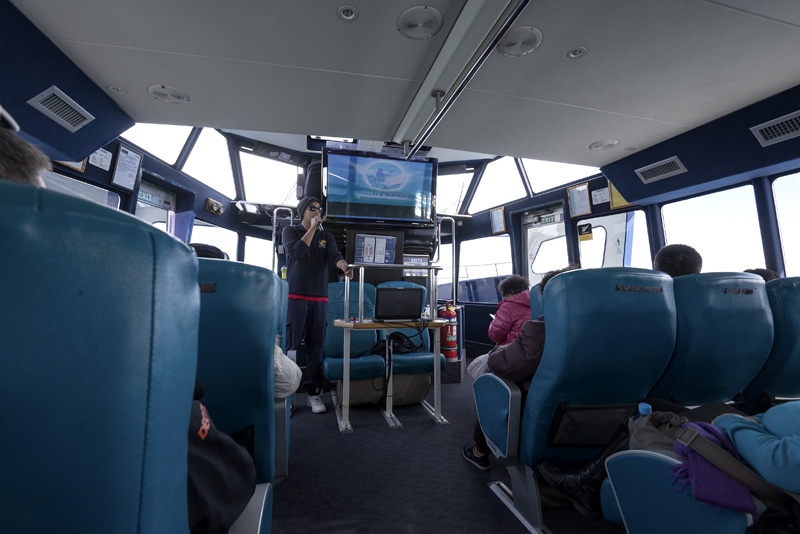 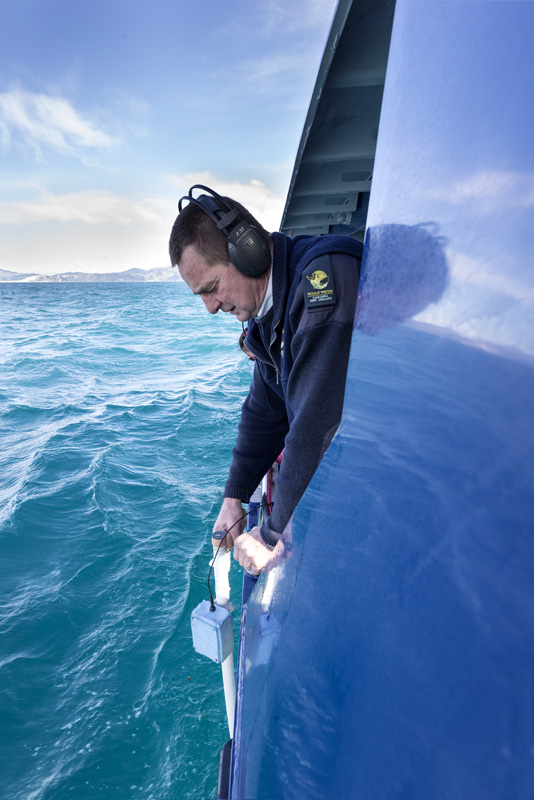 Listening in on the whales helps the crews locate the whales 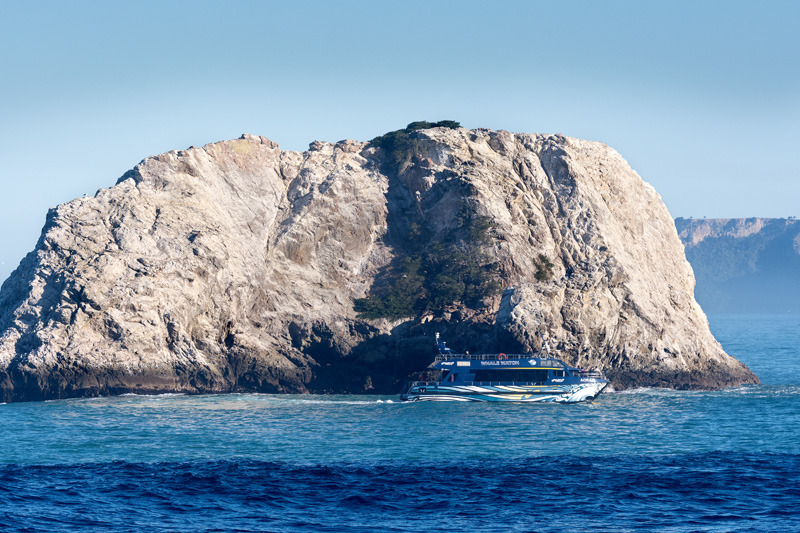 Checking out one of the local Seal Colonies 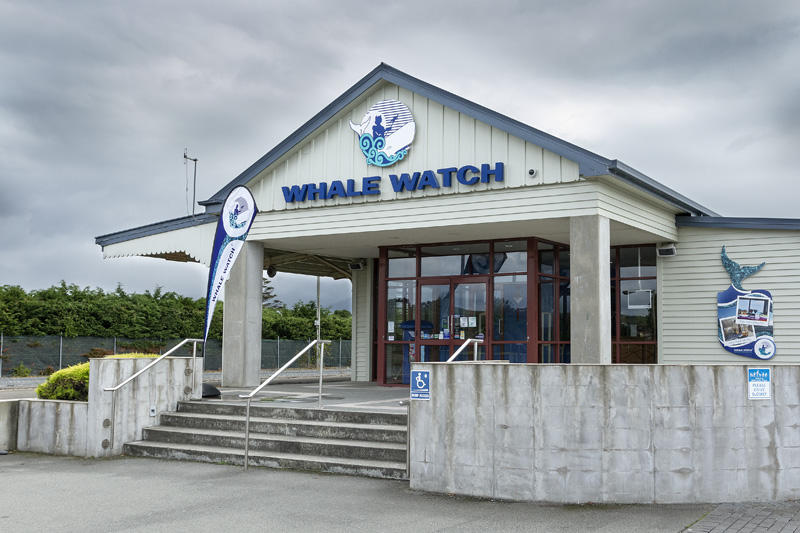 I would like to thank Lisa Bond, Marketing Manager and all the staff and crews from Whale Watch Kaikoura for all their great support, advise and encouragement in creating this page. 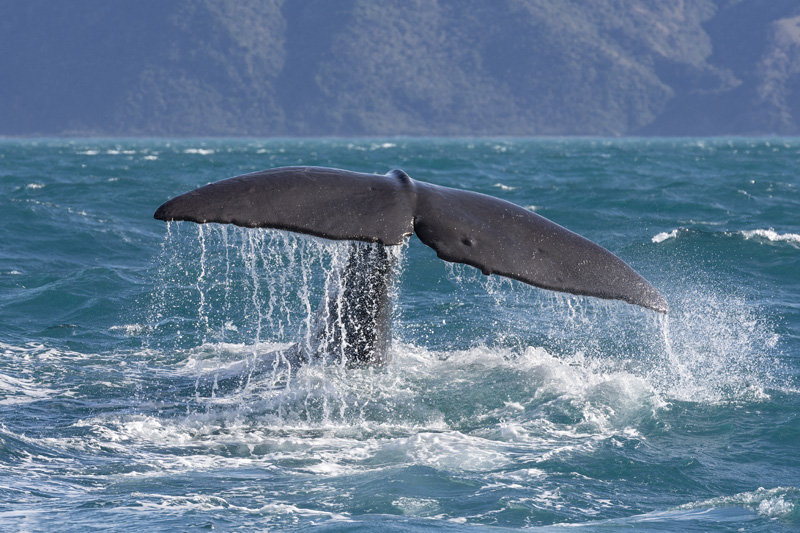 A Sperm Whale lifts its talk as it begins to dive, Kaikoura NZ 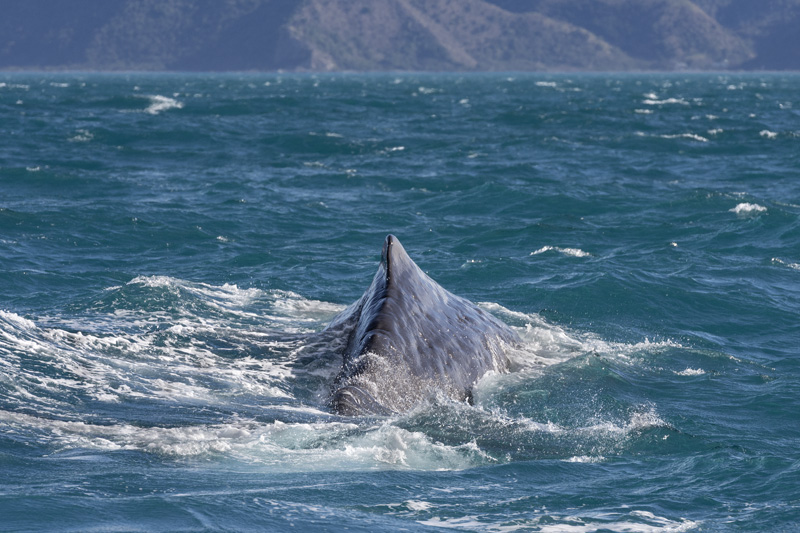