The Nicest Way To Be Mugged 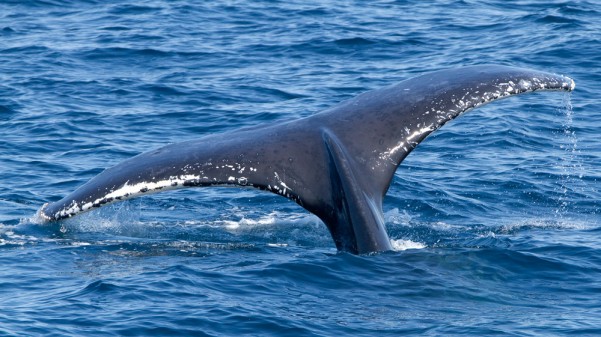 I think I can safely say that yesterdays whale watching was the best I’ve ever experienced in five years here in Sydney.

I spent the day with Sydney Fast Ferries new whale watching tours. We headed north from the heads about 10am. It seemed to be one very big and empty ocean for the longest time. For more than an hour we sailed north looking without success. By now we where off Mona Vale beach about 7km out and fast running out of time, when one of the passengers asked if we thought that blow off to the north was a whale?

Suddenly it seemed like the sea was full of whales? One, two, then two more pods all around us! Dave our captain stopped the boat so that we could work out where all the pods were and which way they were travelling. The nearest pod seemed to have turned towards us and within minutes we were the ones being checked out.

We were being mugged!!!

Over the next half an hour the four Humpbacks swam around and under the boat. I watched one whale glide under us on its back, its white belly, tail and peck fins glowing in the water like a giant angel. What a magic experience to see, hear and smell (let me tell you, you donít want to be downwind of a blow!) these animal up so close. 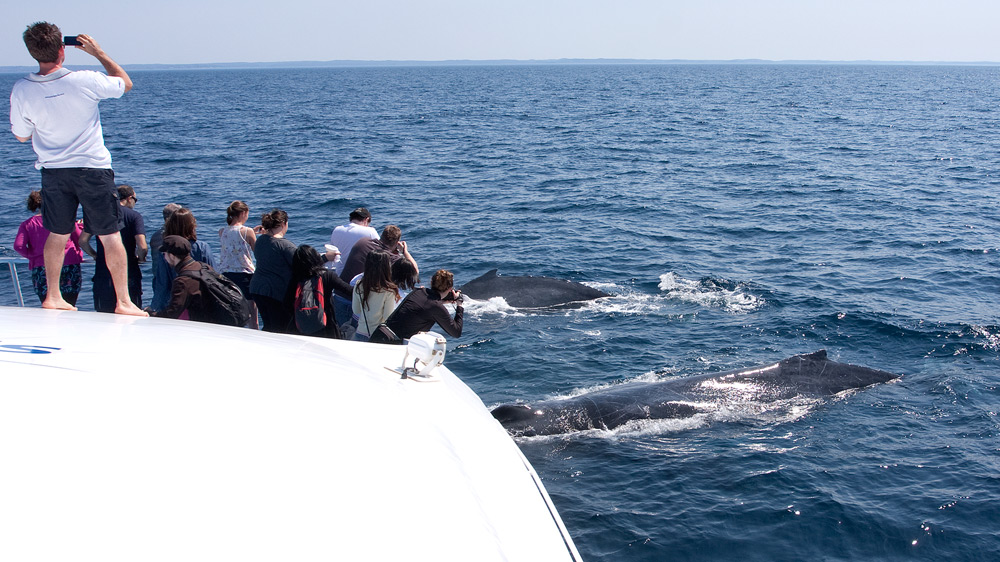 To the south the horizon had disappeared heralding the arrival of the southerly buster. It was an amazing sight to see a southerly come in over Sydney from out to sea. Itís quite eerie to see the coast disappear in haze and the sea go from calm to raging in a just a few moments. By the time we arrived back at the heads the swell had picked up to about a meter and the afternoons run was looking like it would be rather epic.

The Humpbacks swim out to sea and use the free ride south provided by Eastern Australian Current for their southern migration. So the majority of the whales are ten plus km out to sea at this time of year. Ten km is a long way in rough seas I must admit I wasnít looking forward to a long and bumpy ride.

So I canít tell you how delighted I was when we spotted a pod just off North Head as started out to sea for the afternoon fun. Not only that but there seemed to be a flying lesson going on? The teenager of the group seemed absolutely determined to spend more time hanging air than swimming about. What a sight, over two hours of jumping, leaping and general misbehaviour from North Head to Bondi. Brilliant! 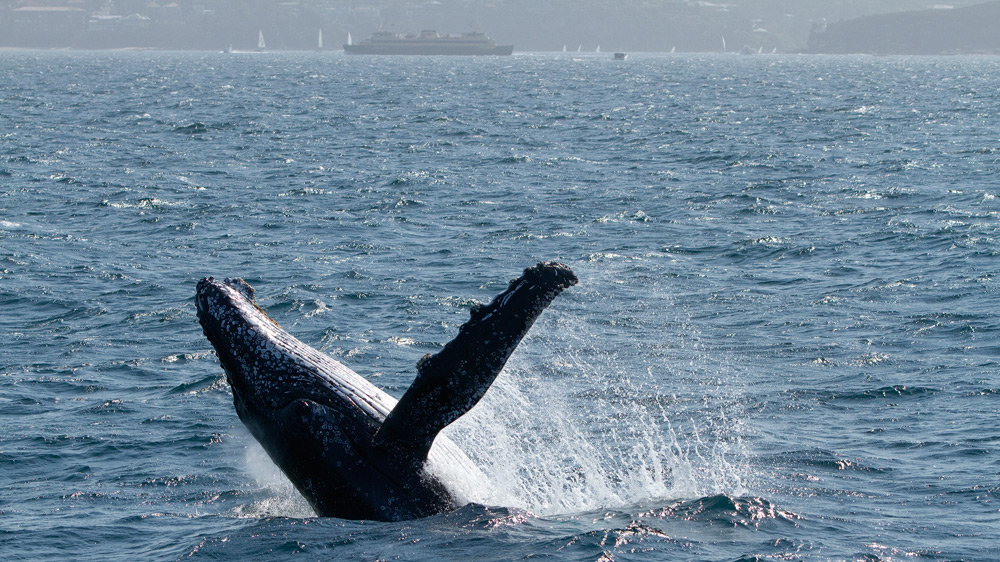 All in all a grand day out and one that will be remembers for all time.