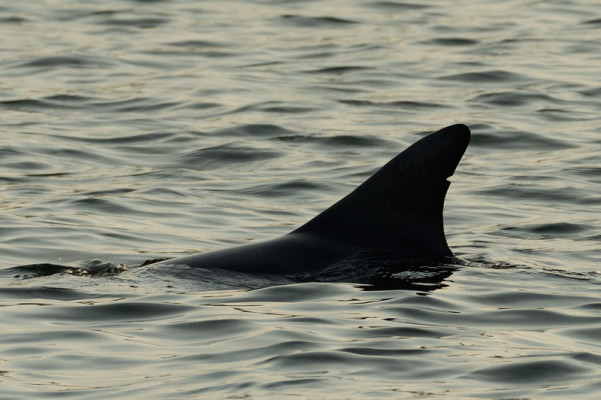 Stay free, where no walls divide you
You’re free as the roaring tide
So there’s no need to hide

A Very Special Dolphin
Over the past few years a very special dolphin has enchanted people up and down the NSW Coast. She is a young inshore Bottlenose Dolphin- tursiops aduncus. She has now been adopted and names by countless communities. 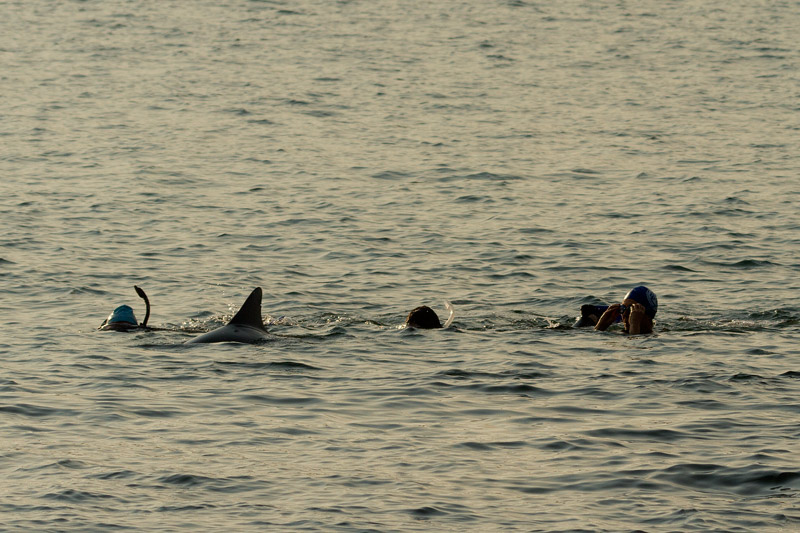 Please DO NOT attempt to approach, chase or touch the dolphin as these people are doing!

The Journey So Far
2012 – She was first seen with two other dolphins in the river at Sussex Inlet in August 2012. The two other dolphins, believed to be males eventually left leaving her by herself in the river. In October of that year she started to interact with people by approaching boats. Over the next six months the interactions grew along with concerns for her wellbeing.
2013 – In May it was decided that she needed to be relocated back into the open ocean where she could rejoin a wild pod of dolphins. The relocation was a success or so it seemed until she turned up in Sydney Harbour in early August, having visited Jervis Bay along the way. Over the next six months a real circus developed with her regally swimming with people around Sydney Harbour, Manly, Pittwater and venturing up onto the Central Coast.
2014 – In January she headed back south to the Illawarra and has spent the majority of her time there.
2015 – She continues to call the Illawarra home, although with fewer sightings. 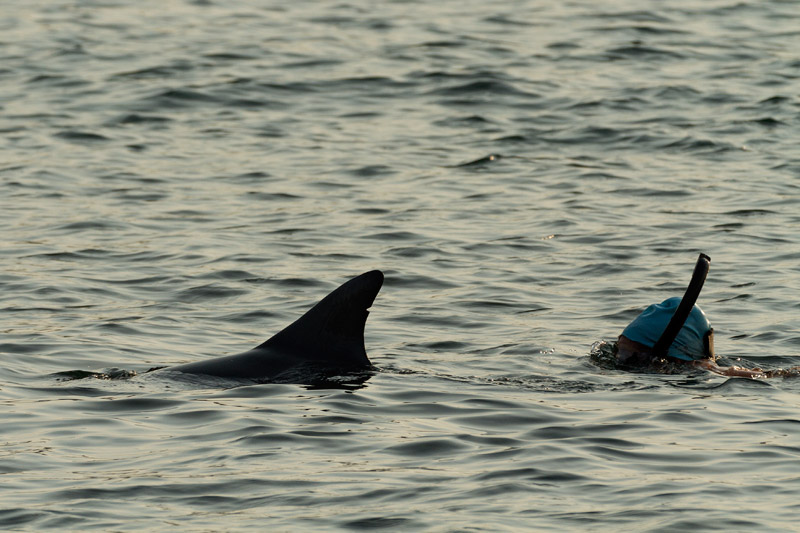 How to Identify This Dolphin
Individual dolphins can be identified by the shape (or damage) of their dorsal fins. Our solitary dolphin has a distinct triangular notch out of the trailing edge of her dorsal fin about a third way down from the top. She is most often by herself but has been known to be accompanied by other dolphins.

How Can I Help This Dolphin?
If you too love this very special dolphin as much as we do then the best thing we can do for her is let her be wild and free. Unfortunately around the world solitary dolphins stories have most often ended tragically. So the best outcome we can hope for is that humans won’t interact with her and she will join up with a wild dolphin pod.

So please DO:
– Enjoy watching this dolphin
– Immediately call ORRCA (Marine Mammal Rescue and Research) to report your sighting of her. Phone 24 Hour Hotline – 02 9415 3333
– If you allow her to approach you and do not attempt to touch or chase her she will usually stay with you for a little while

So please DO NOT:
– Try to touch, chase or hug this dolphin!
– Swim towards her
– Attempt to feed her anything
– If you are in a boat maintain your course, speed and do not make any sudden course changes. If stationary do not start your engine until she has left. When leaving do so slowly.

Camera Gear
Canon 7D Digital Camera with a Canon EF 70-200mm f/ 2.8L IS II USM plus a 2x Converter
Thanks to Canon Australia for their continued support and encouragement! Canon Australia