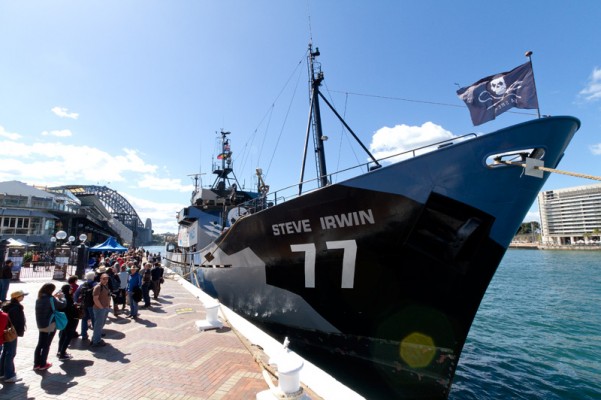 “All of my life I have been afraid of only one thing – and that is of doing nothing.
I have never been able to fathom the idea of accepting the way things are.
We humans are killing our oceans, we are diminishing bio-diversity, we are over heating the planet,
and we are pouring poisons into the sea and air.
I cannot accept that meekly, and I know with absolute certainty that if we kill the oceans,
we kill ourselves. If the oceans die, we die and the oceans are dying in our time.”
~ Captain Paul Watson
Founded and President of the Sea Shepherd Conservation Society

“Established in 1977, Sea Shepherd Conservation Society (SSCS) is an international non-profit, marine wildlife conservation organization. Our mission is to end the destruction of habitat and slaughter of wildlife in the world’s oceans in order to conserve and protect ecosystems and species.

Sea Shepherd uses innovative direct-action tactics to investigate, document, and take action when necessary to expose and confront illegal activities on the high seas. By safeguarding the biodiversity of our delicately-balanced ocean ecosystems, Sea Shepherd works to ensure their survival for future generations.”

Over the past few years several Sea Shepherd ships have called into Sydney
and it has been my pleasure to visit them and their crews. 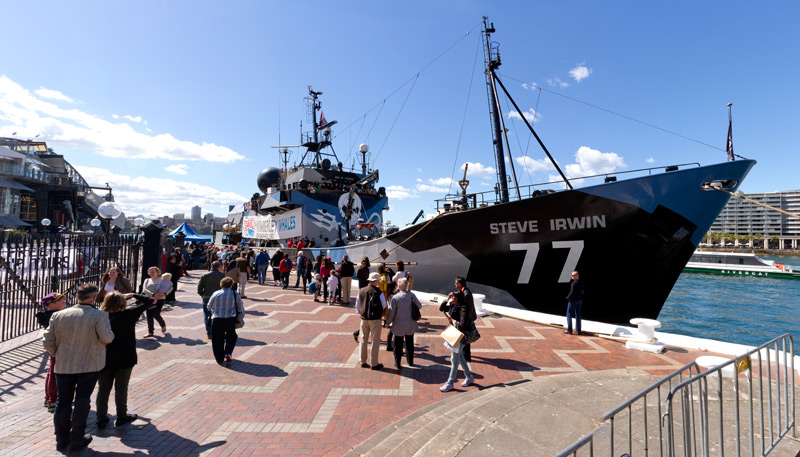 The MY Steve Irwin is the flagship of the Sea Shepherd Conservation Society. 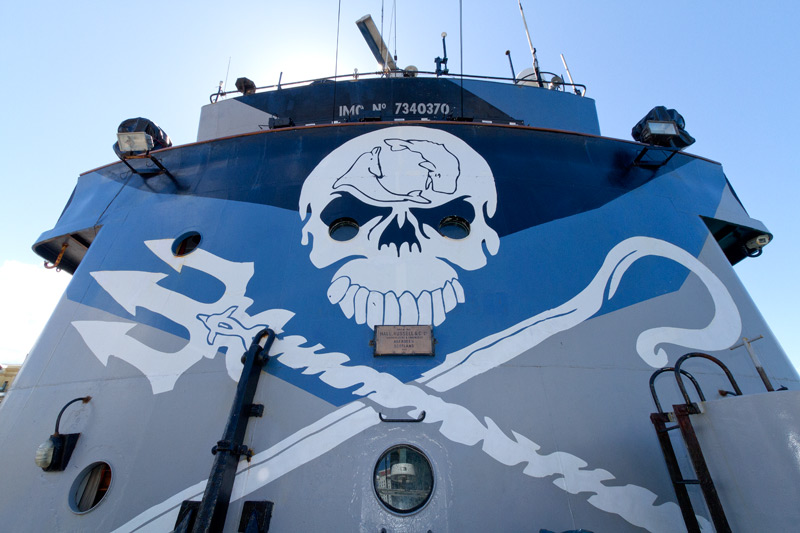 The Island Class Offshore Patrol Vessel were developed as a direct result of the Royal Navy’s experiences during the so called ‘Cod War’ with Iceland over disputed fishing grounds in the North Atlantic. The Westra and her sister ships formed the backbone of the Fishery Protection Squadron, their mission being to patrol the UK’s Atlantic fishing grounds and provide security to the North Sea oil and gas fields. 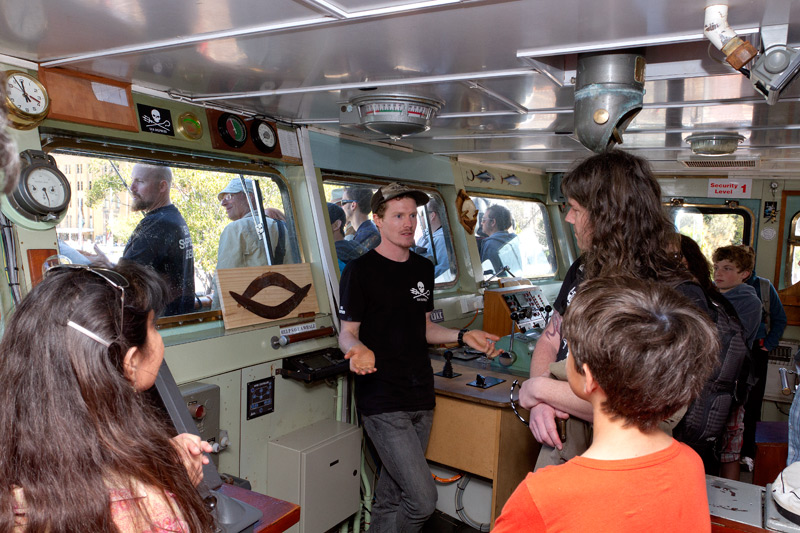 The Bridge – MY Steve Irwin 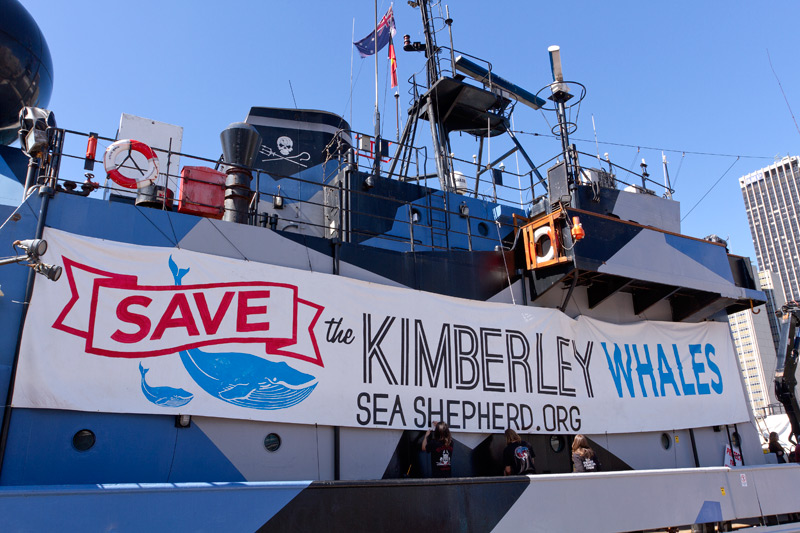 Save The Kimberley Whale Breeding Grounds 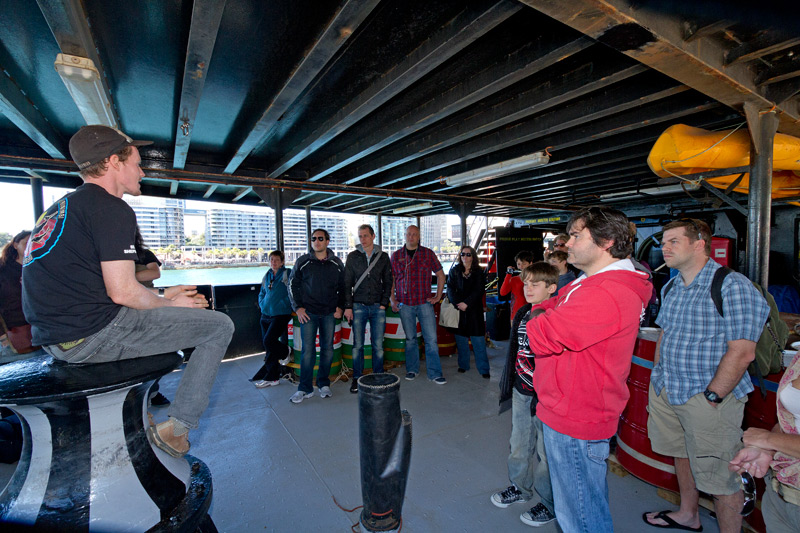 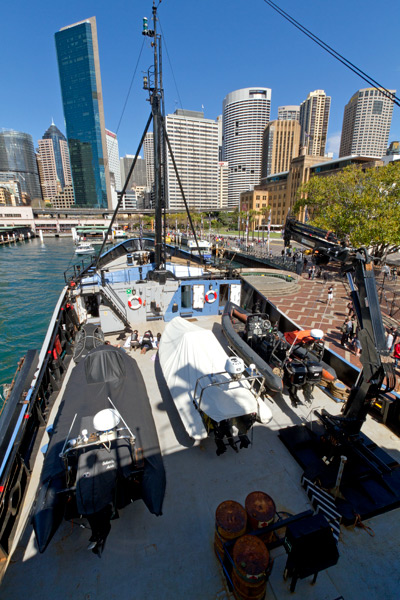 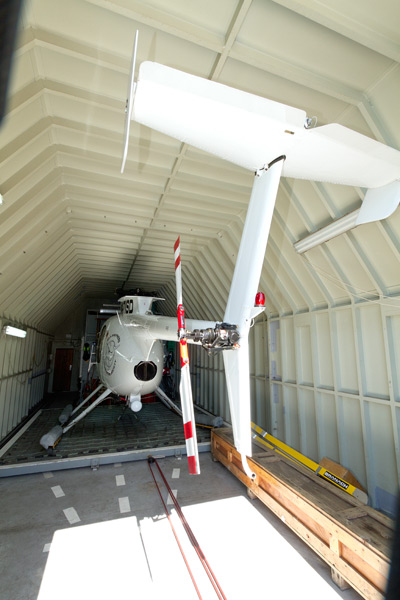 The Helicopter Hangar – MY Steve Irwin 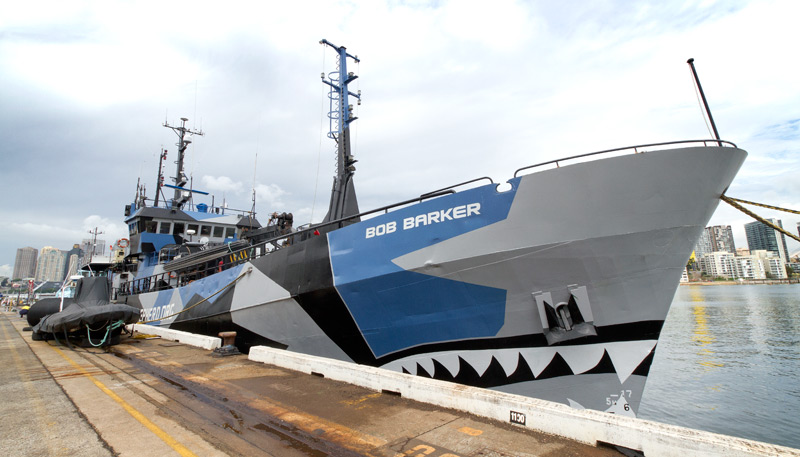 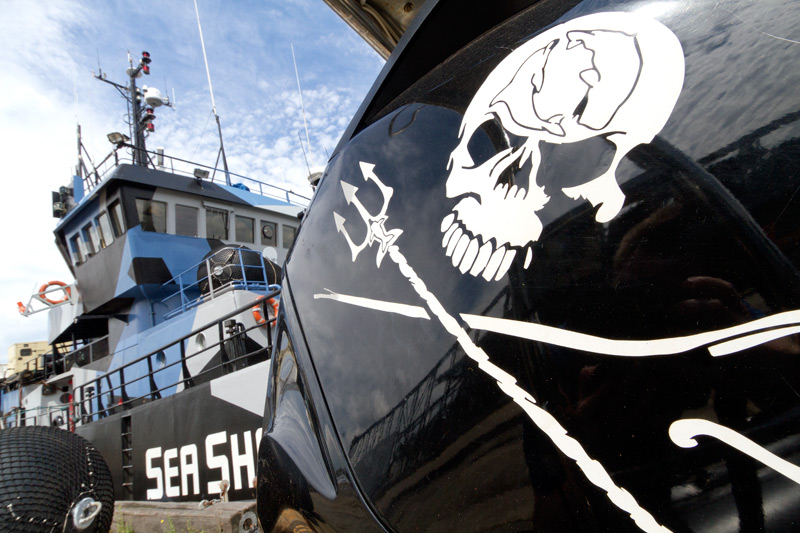 Pol XIV 1950-66
Owner Hvalfangerselskap Polaris A/S
Port of Registry Larvik, Norway
The Pol XIV was designed and built as a long range fast ice vessel for whaling. It operated in this role until 1962

In 2009 USA TV personality Bob Barker donated $5M to buy the ship and a helicopter for Sea Shepherd.

“I’m delighted to be able to help the Sea Shepherd Conservation Society in its mission to end the
destruction of habitat and slaughter of wildlife in the world’s oceans.
There is lot of talk about preserving our ecosystems and species,
but this is one organization that puts these words into action.” ~ Bob Barker 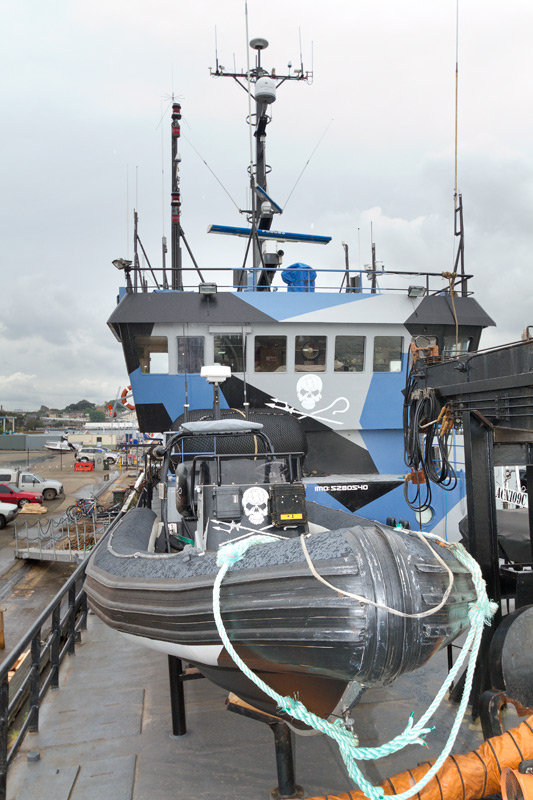 Action Boats on the MY Bob Barker 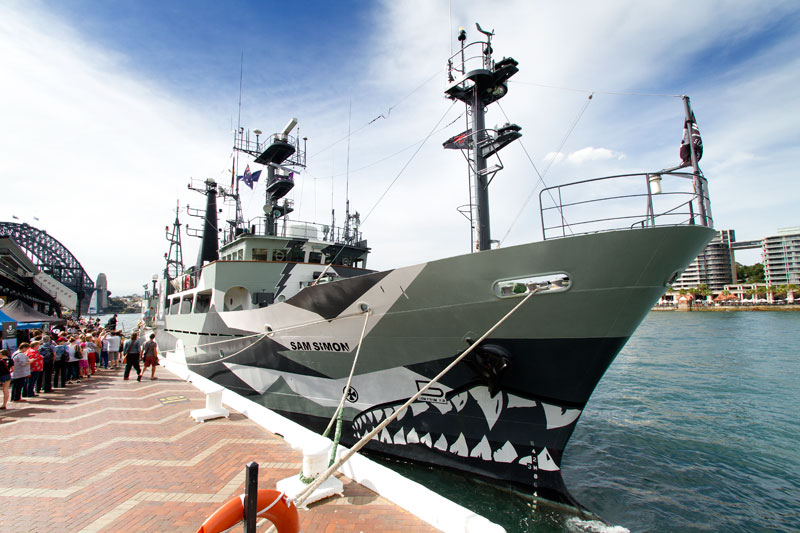 The MV Sam Simon is the fourth ship to join the Sea Shepherd Conservation Society. The ship is named after American television producer and writer Sam Simon, who donated the two million dollars needed for the purchase of the vessel. 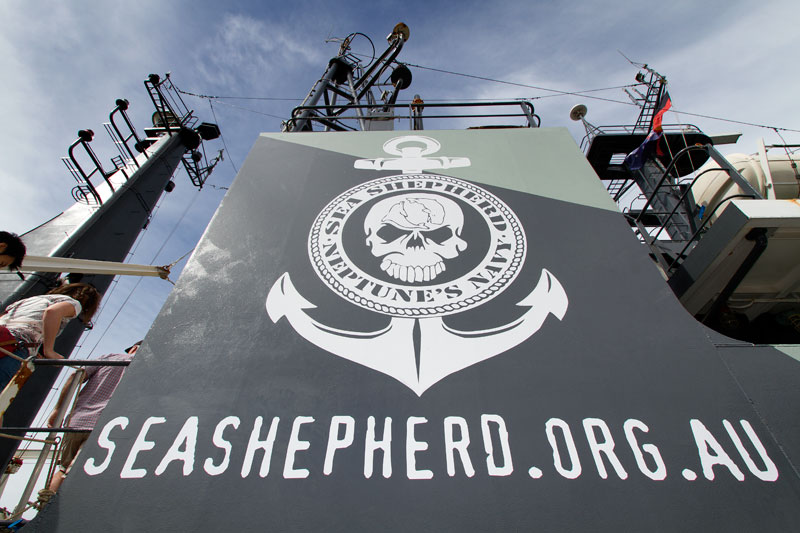 Seifu Maru 1993 – 2010
The Seifu Maru which means Cool Breeze in Japanese was designed and built for the Japanese Meteorological Agency as a marine meteorological and oceanographic observation ship. One of five ships operated by the Japanese Meteorological Agency their mission was to observe and study the marine environment around Japan and the Northern Pacific, particularly greenhouse and ozone-depleting gases, heavy metals and oils. The Seifu Maru was operated by the Maizuru Marine Observatory covering the Sea of Japan.

Once the ARGO Program, a network of oceanography of floating data collecting buoys studying long-term ocean variability was completed in 2010 the Seifu Maru was sold off as an un-needed ship.

New Atlantis 2012
In September 2012 the Kaiko Maru No 8 was purchased by New Atlantis Ventures LLC renamed New Atlantis, registered under the flag of Tuvalu.

MV Sam Simon 2012 – Present
The New Atlantis was sailed to Brisbane, Australia for refitting and renamed the MV Sam Simon. The half million dollar upgrades increasing here speed and range. In December 2012 in Hobart, Australia the ship was publicly unveiled in her new role as a member of the Sea Shepherd fleet just in time to take part in the anti whaling campaigns in the Southern Ocean Whale Sanctuary.

In February 2013 the MV Sam Simon and MY Steve Irwin were involved in clashes with the Japanese whaling factory ship MV Nisshin Maru off Antarctica. 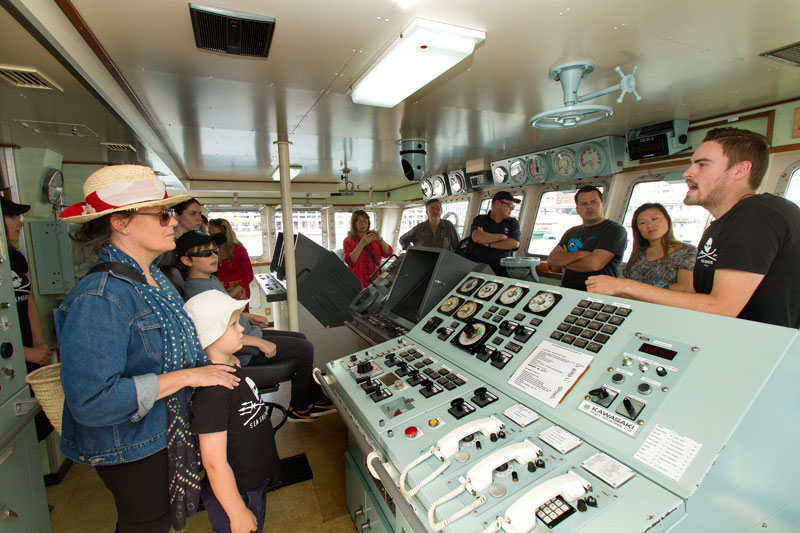 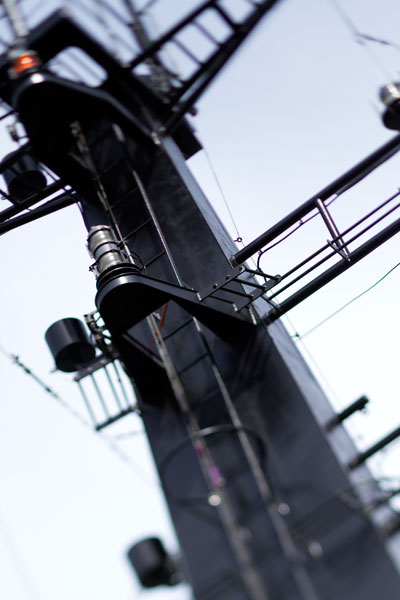 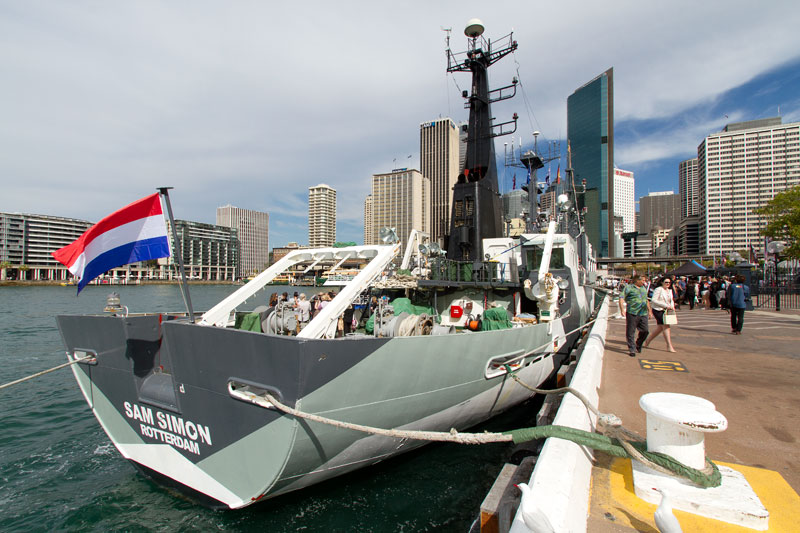 To learn more about Sea Shepherd, their campaigns and to become involved please follow this link.
Sea Shepherd Website 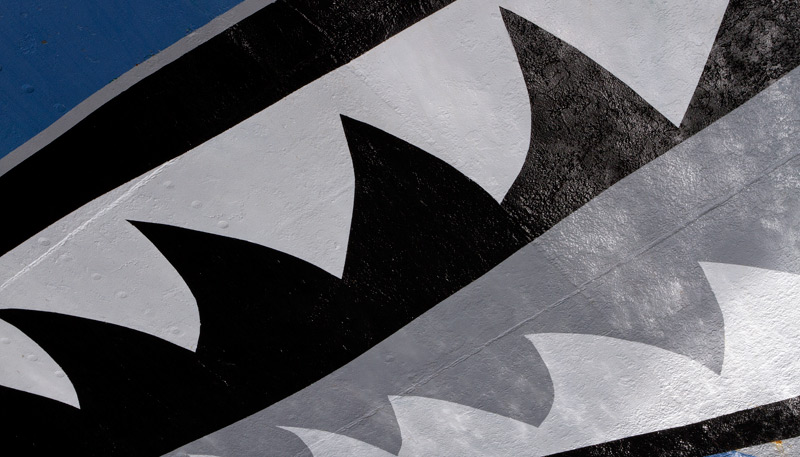 The Sharks Mouth – MY Bob Barker

Please Note
That the information presented on this webpage was gathered from various websites and sources.
While I have tried to present the facts as accurately as possible please be aware that I found some variation in the information provided on these different websites.